There's nothing better in my opinion then spending time with friends eating! Its a great icebreaker and you get to enjoy some great food as well (hopefully). I spend a lot of time meeting people and had the pleasure of enjoying some amazing food in Hong Kong!

The food within this category I would say is definitely one for the cheap ones. Foreigners might shy away from this because for this price, it seems kinda dirty and crowded. But that's part of the experience! What is interesting is that the cheap and dirty style foods are still appreciated by everyone pretty much, even the wealthy embrace it here, all that matters is the taste!

STREET FOOD - Here you will see market stall style foods being sold. Usually meat on a stick like fishballs or battered food, its kinda made for walking and eating. Super cheap stuff, like $5 HK Dollars which is about 50p or just over $1 usa!

These street food venders like stay open for real late so it can be a good snack on the way home after clubbing or a late night out.

LOCAL RESTAURANTS - These might seem kinda shoddy but in fact they do fantastic food. I remember in London there was a cheap Chinese restaurant place that was famous for terrible service, but it was cheap so it stayed in business! Kinda like that these local places seem kinda dirty, and actually its now a given that you get some boiling water and rewash your bowls! Oh, and also the menu is in Chinese most of the time, but most people can still speak some kinda English.

I've also heard that the old Hong Kong Airport has now used that space to be a massive outdoor marketplace seafood place.

These are basically less dirty, but a bit more expensive options. More formal, but still fun!

YUM CHA - This directly translates into "Drinking Tea" but is used as a term to describe having lunch. The lunches would consist of many small dishes, mainly dumpling style foods like various prawn dumplings and even the foreigner favorite Cha Tsu Bow (BBQ Pork Bun)!

What makes these different to the Chinese Restaurants in my locals where I live here, is that in Hong Kong they have these women who push trolleys around with food on it, and you basically take what you want and then they stamp your order. You can order things too, but generally most of the food comes to you!

HOT POT - A hot pot is where they have a big pot of boiling water on a stove on the table, and you put the ingredients into it to cook it and eat. There is loads of things from veggies, meat, seafood, and lots of sauces. Some places will give you like a half split hot pot, one side for spicy and the other for non spicy. Its messy, has tons of food, and lots of fun!

SPECIALTIES - This includes foreign foods, fast foods, and specialist places. Hong Kong has tons of non Chinese foods too, its pretty westernized. There are Maccy Ds, Pizza Hut, and KFC here too, but they have their own ones as well. Cafe De Coral is like their own fast food, but for Chinese food! Super cheap, like £3 for duck and rice which in UK is usually like £5! 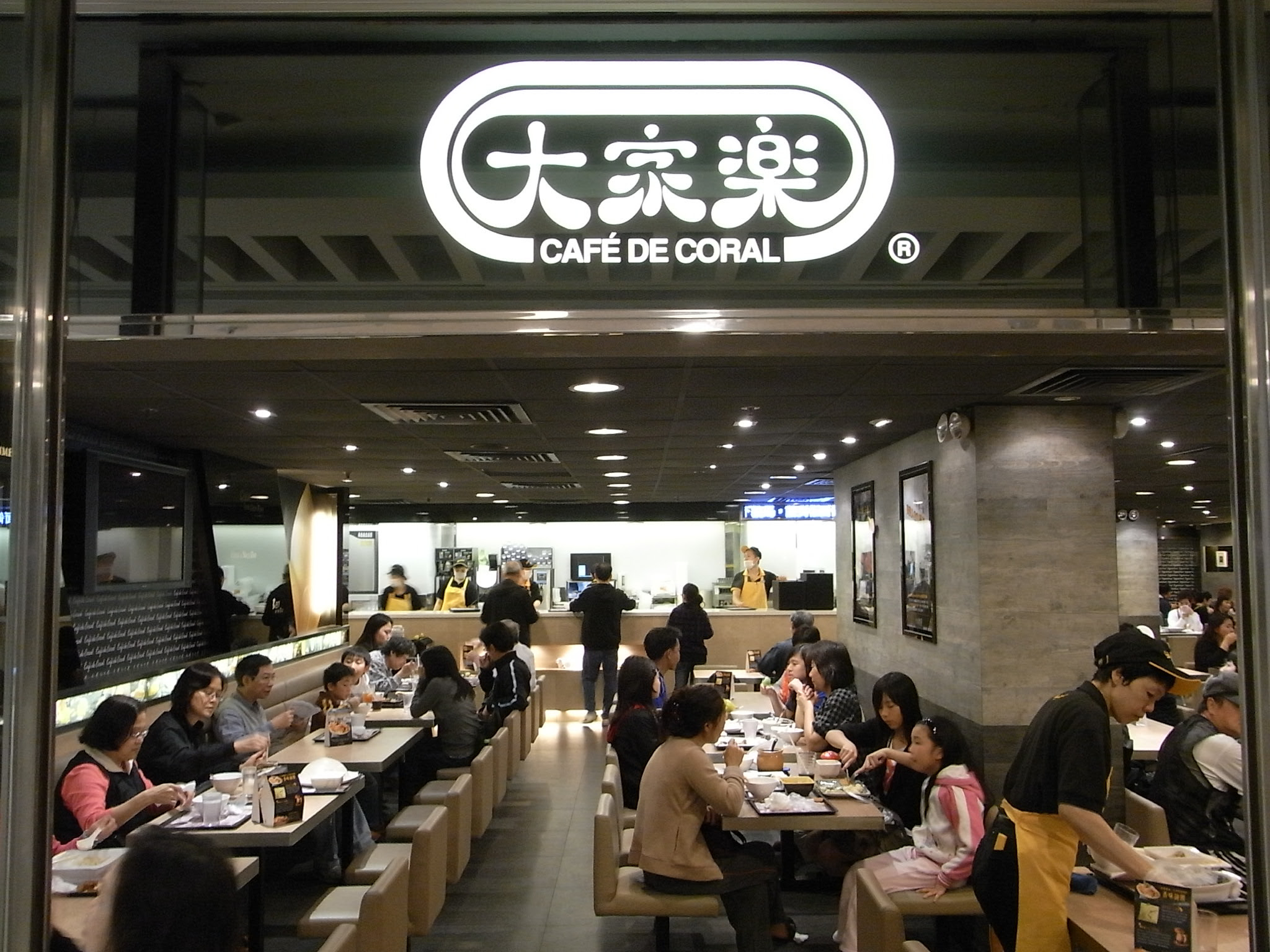 One of my favorite places I went to was in the new Hysan Place Mall (yes, they feel like they don't have enough malls) Food Court in Causeway Bay. Its a Japanese fast food brand for steak! Cant believe the price, how fast it was and how amazing the steak was! You get it kinda raw, but still cooking on your hot grill thing, then you mix it all up with some rice and sauce when it cooked enough for you.

And of course, there is the 3rd category, which is actually the most uninteresting... the posh rich food. So I wont go into that!

Food is great... so how are us Asians not so obese? I reckon one of the biggest reasons is that we drink a lot of tea, and walk a lot because the cities are close together and crowded so you don't need a car to get around. Man... all these #Foodies made me full!