So yes, its Christmas Eve-Eve and I know my posts have been pretty inconsistent. Hopefully I will catch up to present day time by the new year. I have been taking a bit of a break from my weekly posts, I have been job hunting and continuing to code, learning some new stuff, and redoing some old.


BACK TO THE MOTHERLAND

So after my amazing trip to Seoul, I landed back in Hong Kong. Awaiting me would be a family gathering from my mom's side, and my cousin's wedding from my dad's. Busy is not a word that I hear that much, and I'm guessing its due to the fact that its ingrained in every citizen living in Hong Kong, that they do not know what the opposite of it is.

High rise buildings are so common here that it actually makes me think that any building that has less then 3 floors is considered 'odd'.Nearly all buildings will skip the unlucky floor 4, which in Chinese sounds similar to 'death', and on the flip side the 8th floor will be crazy expensive to buy as it sounds like 'wealth'. Peh! Those crazy easterners, we certainly don't do silly shit like that over here, 7 reasons to be logical and not fall into those traps, especially if its Friday the 13th! 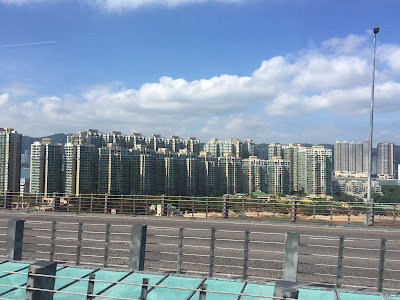 As of googling this now and pretending to be super informed, Hong Kong is the 5th most densely populated city per square mile. Arriving here its not difficult to see why. Estate high rises are so prominent here, just taking the bus from the amazing Hong Kong airport you pass so many tall but identical buildings, up seems to be the main strategy.

These great sky towers are not just for [super expensive] housing, they even apply to Hong Kong's great shopping malls which can easily have 10+ floors. Grand swanky shopping malls are pretty common in Asia, but they all got nuttin' on Hong Kong. Its common for me to walk around a mall, get confused about what floor I'm on, then a while later I'm actually at another mall and metro station without even realising it!

The food here is awesome, and super cheap! So much so that actually eating out is cheaper then buying food to cook at home. But in Asia I find that this is a common theme. A common place that we'd go to is called Cafe' de Coral which is a franchised fast food chain for Chinese food. In Chinese its called (大家樂) is "everyone happy" which totally isn't the english translation lol. Its cheap, quick, tasty and efficient, all the things Hong Kong people want in their busy lives!


"Yum Cha" is well known traditional lunchtime Chinese food, where you choose dumplings and/or other mostly steamed delicacies off trolleys that are being pushed around by servers.


You could also try the "Da Bino" which is a hotpot of water that keeps boiling as you put ingredients in such as meat, seafood, veggies and then top the night off with some noodles with the amazing broth. Its messy, steamy and takes ages, which means great socializing!

There are tons of western foods here if your not that adventurous, all the familiar big names are here from MacDonalds to Starbucks will keep the culture shock down. Every mall has huge food courts with a wide variety of things to choose from.

I went to check out a Michalin star dumpling place, which was only £5! It was a special 3 meat dumpling noodle place which was delicious. For that price, its no surprise that the service was pretty rude, enough to shock any westerner that isn't used to it!

If there are any aspiring travellers apprehensive about going to Asia, I would say that Hong Kong is a great gateway to wean your way into the culture. Of course it being a British colony since the handover in 1997, it has a lot of western influences which make it an inviting place to visit.

English is prevalent for all road signs and metro. The metro is super efficient, changing lines has been smartly designed so that its across the platform. I wouldn't say that everyone can speak it, but most can, and if not they're pretty embracing about it.

Upon meeting my friend, she had told that there are huge concerns and tensions of Hong Kong people about China's political influence of integration into their society. They see themselves as Hong Kong people and want to distance themselves from being the 'same' Chinese as communist China. It is the seemingly strange attitude of a colony that did not want to be returned back to its owners. 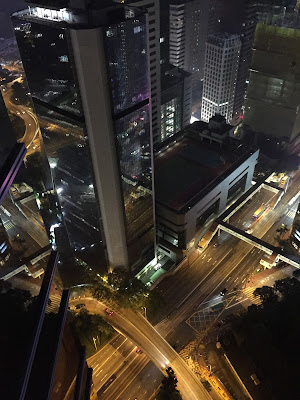 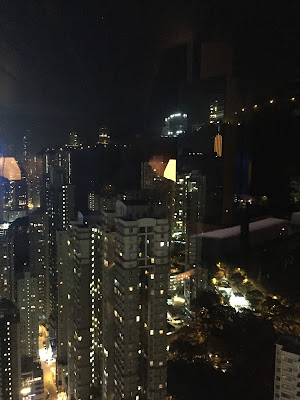 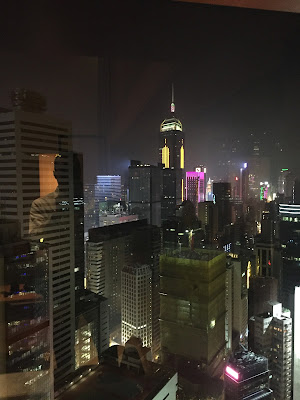 Hong Kong's western influence business mindset has led it to prosper and thrive. I look out at the skyline and see how this city embraces its international partners, and also create its own Chinese culture with it. 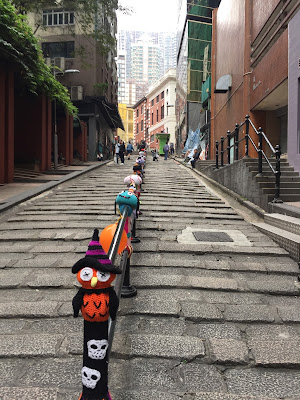 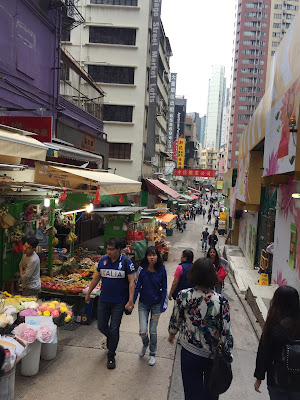 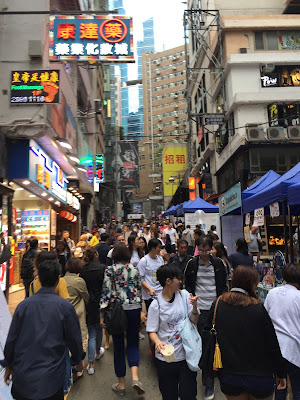 With these great memories, I always find myself rather unsure about my connection to my motherland. On one hand I am of Hong Kong Chinese decent, but my British born personality makes me not quite feel at home. I would love to try to live in Hong Kong one day, but there is a side of me that makes me think that I'm too laid back for the hardcore working culture.